The exhibition “Alcoutim Borderland” was opened on 26th June 2010 in the public areas of the town of Alcoutim. It is the exhibition with which the Municipality of Alcoutim participated in the regional project entitled Algarve – From Kingdom to Region, organised by the Algarve Museums Network.

Algarve – From Kingdom to Region was a joint, pioneering initiative that, for the first time, focused on the last 1,000 years of Algarve history and culture present in the region’s material and spiritual heritage, which, from the Gharb al-Andalus to the present day, has moulded and characterised this region’s identity.

As the title of the exhibition indicates, the topic chosen for the Alcoutim exhibition was the history of the town and its geographical location as a border town. The aims were: to present a historical contextualisation of the importance of the River Guadiana as a feature for defending the border and as a link between the main settlements on the river – Alcoutim, Castro Marim and Vila Real de Santo António; to reveal the history and the stories that link the river to the main events along the border; and to acknowledge the importance of the river in the daily lives of the people who live on its banks. To facilitate the research process and the production of content, as well as the scientific coordination, a Specific Collaboration Agreement was signed with the University of the Algarve / Centre for the Study of the Heritage and History of the Algarve, under the General Cooperation Protocol concluded on 14th December 1999 between these two institutions.

The historical centre of the town of Alcoutim is the “exhibition hall” and the surrounding countryside, such as the River Guadiana, the fortified town built like an amphitheatre and neighbouring Sanlúcar de Guadiana, are the “objects” to which the information refers; visitors are thus motivated to explore the town and discover its history, culture and hidden corners, its narrow streets, and its most authentic, beautiful and charismatic buildings.

The content of the exhibition and all the tourist and cultural information about the town and the surrounding area are available in five languages (Portuguese, English, French, Spanish and German) in information leaflets and a system of audio guides. 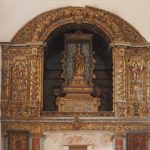 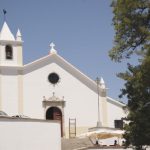 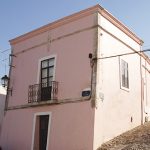 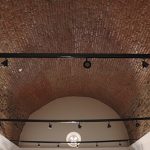 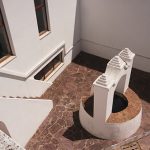 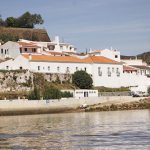 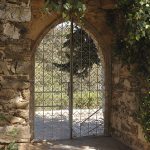 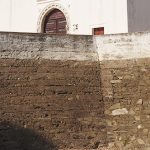